In this part let us see the classic “cire perdue” procedure or the lost wax method of casting images in metal. Interestingly, this technique has been practiced all over the world almost since man had discovered metals and their properties. The “cire perdue” process can be divided into four principal stages. (i) modelling (ii) moulding (ii) casting and (iv) finishing. The process described here is as described in our ancient sastras. However the technique has been refined over the years taking into account the development of new materials and new technologies. 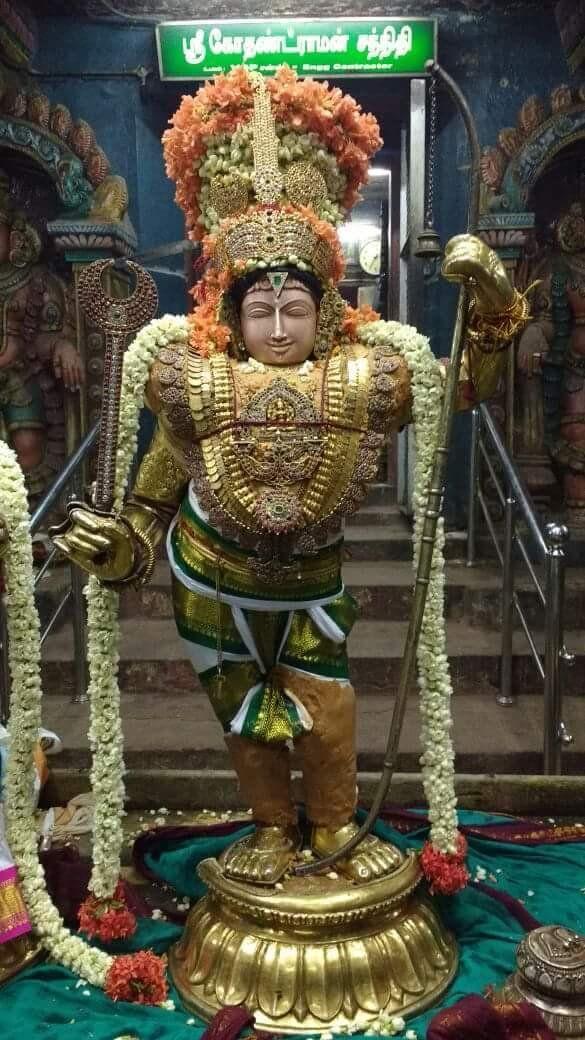 (i) Modelling: First the artisan prepares a wax model of the image, which should be as beautiful as the targeted final product. He makes sure that the image conforms to all the rules of the iconometry and the lakshanas prescribed for the deity to be made. The modeling medium used is bee wax with additives like resin and ground nut oil. He uses variety of tools while making the model like wooden roller, ruler, trisquare, compass, caliper, sandal wood spatula, small icon brazier lignited with charcoal, soldering iron, pincers, plainers, steel knife, modeling tools. Depending on the size and shape, the model is made as a single piece or assembled after making different parts. The wax can be made soft or hard depending on the requirement. For example for making the ornaments a more ductile form of wax compound is made by changing the fractions of the constituents of the wax. Runners made of hard wax rods are fixed to the ends of hands, legs, etc. These rods will get converted to supply channels for the metal once the wax is drained from the mould.

(ii) Moulding: The moulding medium is made using the loam or clay, cow dung and sand, rice husk, cotton, small quantities of salt. Brick powder is also used as one of the additives. Clay should be taken from holy places, mountains, river beds, gardens. Clay is made soft or hard by changing the quantity of cowdung.  First a thin layer of soft clay is smeared over the image.  It is allowed to dry.  Again another thin layer is applied.  After this is dried one or two coats of hard clay are applied and a black iron strap is used to bind the whole mould.

(iii) Casting : First step is to dewax the mould.  This is done by placing the mould over a pile of firewood and baking the whole mould.  After draining the molten wax, the mould is kept in a pit.  Then the metal of required combination is heated in a steel crucible kept on burning embers. Molten metal is poured through apertures at the base of the model.  The metal alloy (panchaloka) used for making the image comprises five metals, copper, lead, brass (itself an alloy copper and zinc) in major fractions and gold and silver in small fractions. The molten metal is lifted carefully and poured through the mouth of the hole in the mould until it  is completely full.  Then the mould is covered in the sand and allowed to cool by itself.

(iv) Finishing : Once the cooling is over the mould is broken carefully with sharp and pointed tools.  The cast image is taken out and with the aid of a large number of tools, different parts of the image are chased, finished and made beautiful.  It is at this stage the artisan can display his skill at its best.  While minor repairs to the cast are possible, sastras do not permit the use of an image for puja If defects in the castings occur on head or torso of the icon. Finishing consists of removal of sprue, stumps and core pins, pruning, pickling, chiselling, cold finishing, filing, scraping, engraving, sanding with emery papers, buffing, polishing (usually with tamarind solution and straw ash).

One of the important aspect dealt with in all the ancient  works on iconography  is the detailed procedure for opening of the eyes of the image at the completion of its making. It is the proud privilege of the sthapathi to commission the image for puja by  removing the cover on the eyes with a special tool at an auspicious moment and after elaborate rites. With the opening of the eyes, starts the flow of the divine grace bringing  delight to countless devotees.

A flow chart of the “cire perdue”  process is given here. 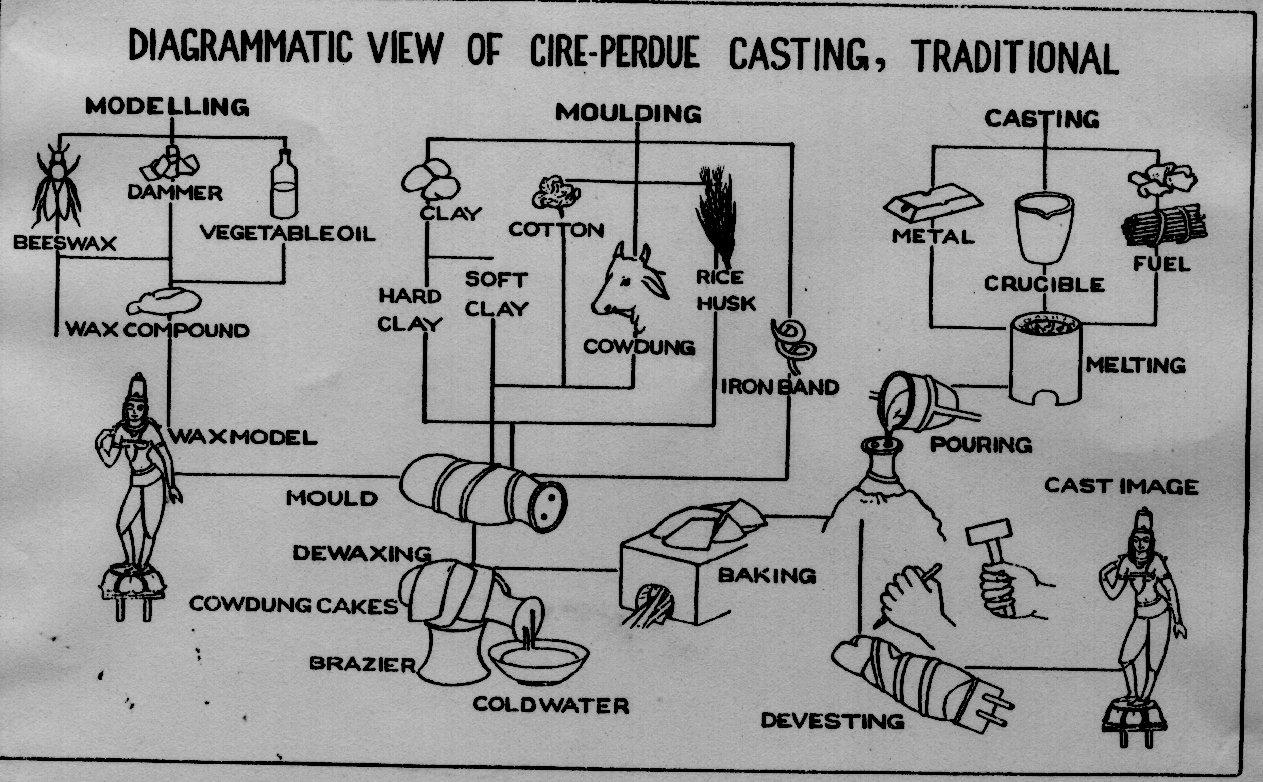 Latest posts by Sundararajan A R (see all)

One Reply to “Gods, Greatest Creations of Man Part – 2”

How the legendary 7 string violin came into being

Sangeetha Kalanidhi, Mysore Shri. T.Chowdiah (Jan 1st 1895 – Jan 19th 1967) was one among the pioneers to bring violin as a main stream instrument in south Indian classical music. He was also an innovator and a composer. Turn on the sound to listen to one of his rare compositions while you read. A rare […]

Name : Brahminy Kite Juvenile / Haliastur Indus, Accipitridae family Brahminy Kites , The birds of prey , are visible in the outskirts of most cities in India and have adapted well to urban conditions. You can spot them close to water bodies . They are experts at fishing , and have sharp eyes to […]

Real Reasons for The First Indian War Of Independence , 1857

Did we learn the true reasons of it in the School? Perhaps not. Read on to know the real reasons for this great event. The most important event in the annals of Indian History Or we may call it a turning point is, what  is popularly known as “The First Indian  War Of Independence , […]